This is the last 10 on 10 installment for 2012!  It was such a great project, I may just continue for 2013.  But, before I get ahead of myself, I have some fantastic images to share from our recent trip to the L.A. Zoo.  Our first visit to the zoo was about a year ago and I had decided not to bother with my “big” camera.  I regretted it the moment we stumbled upon the tiger habitat and found 2 babies playing and wrestling together!  Ahhhhhh!  The next time we were at the zoo, I was solo with my 2 young boys.  There was no way I could manage them and my expensive camera.  So, finally on our third trip to the zoo, we had grandparents with us, so the adults outnumbered the kids and I felt comfortable bringing along my other baby, complete with my 70-200mm zoom lens!

I must have been quite a sight, because the animals couldn’t get enough of me. . . eye contact from almost every single one of them (except for my own two little monkeys, of course, they wouldn’t even glance my way!)!

First stop was the meerkats, where one stoic pup stood sentinel and my two boys hoped to catch some meerkat silliness. 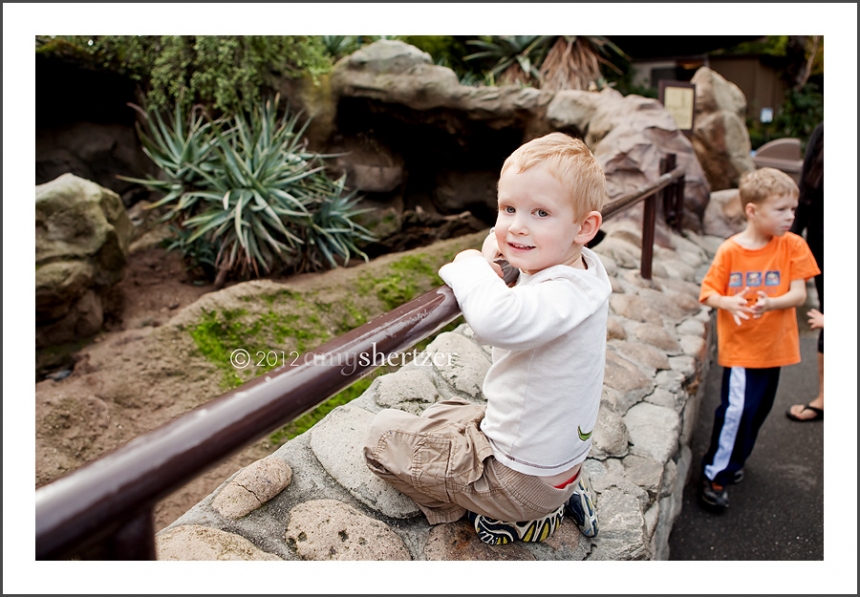 The flamingos were housed right next door.  A large flock was huddles on one side but this particular bird, who kept diving for a snack, really stood out against the dark green foliage. 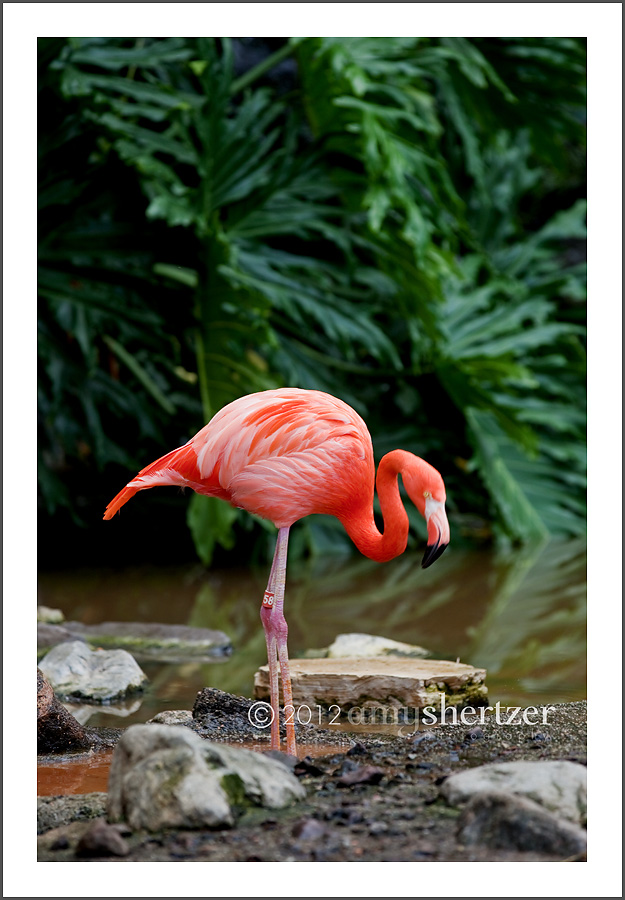 The orangutans are so soulful. . .

I’ve always loved the elephants, who seem to possess a certain grace, despite their size.

The chimpanzees were a bit feisty on the day of our visit.  We’d hear a loud ruckus with hoots and hollers from quite a distance away.  When we were close enough to see them, they had worked out their differences, but I bet they’d make quite the reality show!

My youngest and his grandfather sure thought so. . .

The baby tigers aren’t quite so “baby” as a year ago, but impressive none the less.

Mr. Bear was having a relaxing little siesta.  Since it’s hibernation season, that didn’t surprise me too much.

The California Condor’s size is as impressive as his facial coloring.  He was nearly 3 feet tall!

And this little guy gives me the shivers just looking at the picture again!  Green mamba has such beautiful coloring, but I would not like to run across him anywhere other than safely behind this 1″ thick glass!

My youngest son took a spin on the carousel, which gives riders their choice of transportation.  Benjamin chose a dolphin, but he could have picked a peacock, cheetah, bear, butterfly, tapir, okapi or one of 40 other animals!

Now, go check out that last 10 on 10 for 2012 of Spokane Childrens Photographer, Creatively Yours!